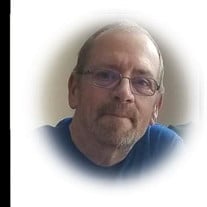 Wayne Holly, age 64, passed away at home in Ardmore, AL, peacefully with his wife Julia holding his hand on January 19, 2022, at 7:58 PM. Also present, neighbor Christy Colwell. He was predeceased by his parents (Holly/Fizer). Survived by his devoted wife Julia (Lotta), sister Shawn Hamilton (The Other Happy Orphan), good friend Jerry "Harry" Mayes, children from previous marriage Jill (Silver), John and Ray (Twins), five grandchildren, and many nieces and nephews. Special thanks to the following; The "Music Man," for your entertainment, Jackson "The Bearded Wonder," for your patience in transporting him to and from work, and "Harry" for making sure the "Boss Man" was OK and not hurting himself. Wayne's last rally the day before he died was his plant and his men. Wayne finally learned what a white shirt manager does, and he hated every last minute of it. A massive shout out to Darrin Isbell, Owner Alabama Concrete "Block Division" Greg Mullins "Big Dog" without you we wouldn't have gotten as far as we did. Bryian and Christy Colwell, without you, I would have broken into pieces. Thank you for being my glue. All of you will be forever known as "Wayne's Angels." The hand of God touched all of you to help answer my prayers. Wayne didn't live to get any of the "Woo Ha Ha" He made his peace with God, and I know he saw God because I was there holding his hand. Wayne, what does a Harley rider get when he dies? His Golden Wing. Fly High Big Boy, Fly High. In place of flowers or donations, he wants people to walk in Kindness, walk in Peace and walk in Love! No services are planned at this time. Ardmore Chapel Funeral Home is assisting Julia, forever his "Lil Girl."

Wayne Holly, age 64, passed away at home in Ardmore, AL, peacefully with his wife Julia holding his hand on January 19, 2022, at 7:58 PM. Also present, neighbor Christy Colwell. He was predeceased by his parents (Holly/Fizer). Survived by... View Obituary & Service Information

The family of Wayne Holly created this Life Tributes page to make it easy to share your memories.

Send flowers to the Holly family.