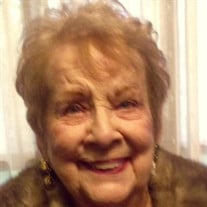 Kathryn Grace Allen Berry, 92 of Franklin, Tennessee and Sun City Center, Florida went home to heaven on Thursday October 28th, 2021. Kathryn was born in Linden, Texas, the daughter of Wright and Grace Bowden Allen of Guntersville, Alabama. She was the devoted wife of Wayman Berry for 74 years and the beloved Mother to three children, Ronald (Judy) Berry of Calera, Alabama, Jim (Pam) Berry of Hartselle, Alabama, Celia Froehlig of Franklin, Tennessee, six grandchildren and ten great grandchildren. Kathryn proudly earned her nursing degree and served in several hospitals and nursing facilities in and around Huntsville while raising her three children. In later years, Kathryn and Wayman moved to Elkton, then Ardmore, Tennessee, where she spent most of her time making precious memories for her grandchildren with long walks on the farm, afternoon swings on the porch, and elaborate stories of her adventures and misadventures throughout her life. In even later years, the couple moved to Franklin, Tennessee wintering originally in the Rio Grande Valley of Texas, then Sun City Center, Florida. During this time she discovered her love of painting and spent much of her day working on a new painting. Services will be held on Sunday November 28th, visitation from 1:00 to 1:30 with service beginning at 1:30 at Ardmore Chapel Funeral Home 27186 E Main Street. Pastor Tim Clark of Hartselle Christian Church will officiate. Following the service, interment will be along side her husband at Mt. Oak Cemetery in Arab, Alabama. In lieu of flowers, donations may be made in her name to the Alzheimer’s Association or to Mt. Oak Cemetery Fund (c/o Lyle King/1800 Mobbs School Road, Arab, Alabama

The family of Kathryn Grace Allen Berry created this Life Tributes page to make it easy to share your memories.

Send flowers to the Berry family.