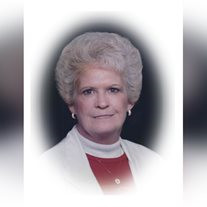 JoeAnn Turner Williams, 74, of Huntsville,AL died Friday, August 2, 2019 at her home. Born Sunday, January 21, 1945 in AL, she was the daughter of the late John M. Turner and the late Maggie Dee Nalley Turner Frey. She was preceded in death... View Obituary & Service Information

The family of Joe Ann Turner Williams created this Life Tributes page to make it easy to share your memories.